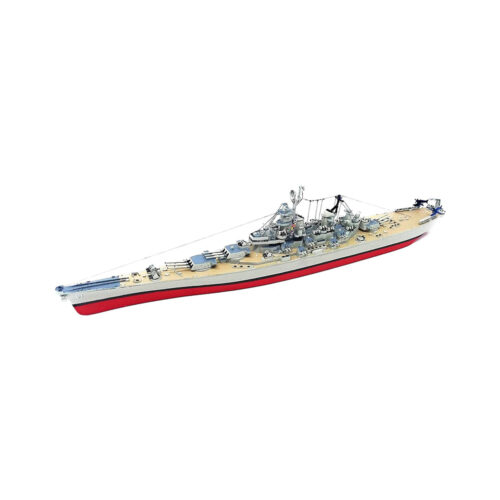 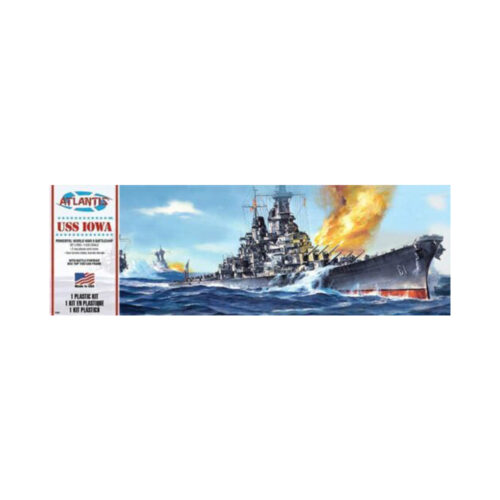 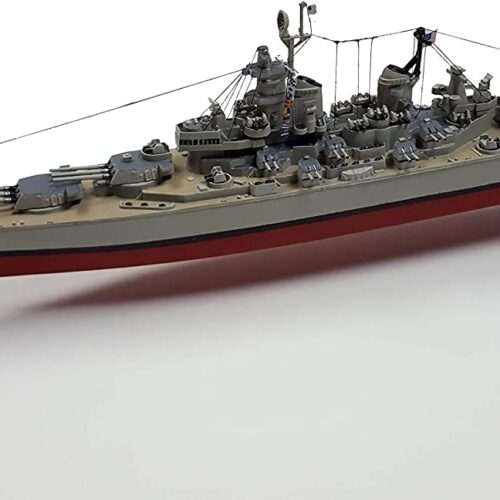 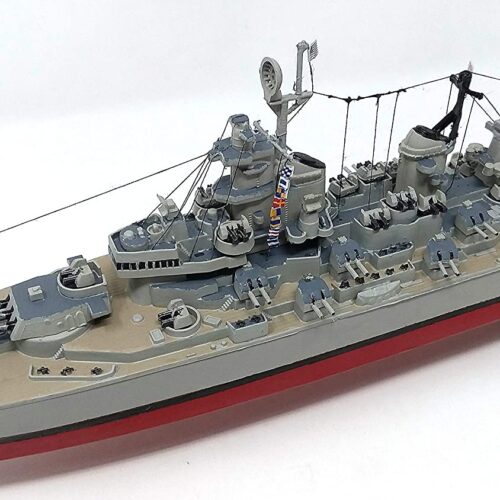 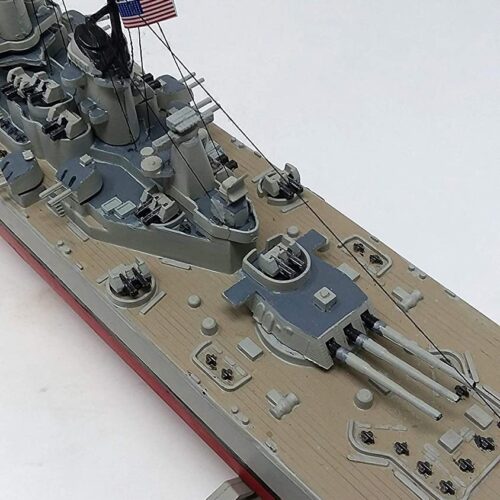 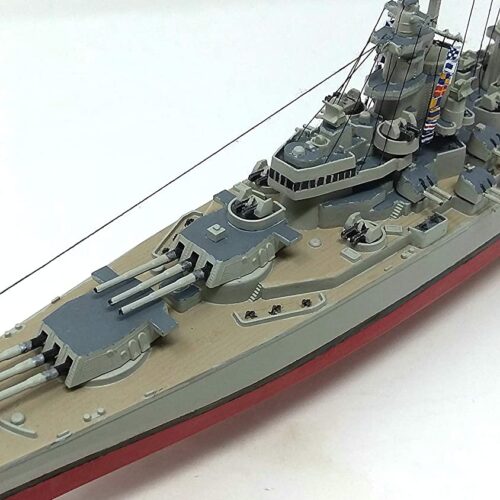 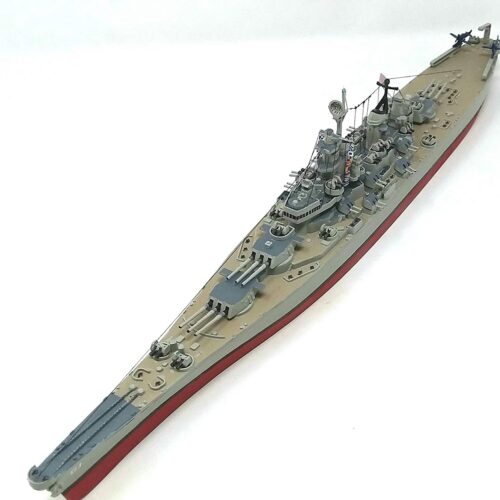 1:535 U.S.S. Iowa Battleship
owa Class Battleship Plastic Model Kit
Made in the USA for Ages 14 and Up.
Molded in Gray and measuring Over 20 inches long when complete
Check out the video for one the best selling ship models of all time!

HOW LONG IS THE MODEL WHEN COMPLETE:The Model Measures 20.5 Inches Long.

WHAT AGE IS RECOMMENDED:Ages 12 and up

DOES IT COME WITH PAINT AND GLUE:Paint and glue is sold separately

USS Iowa (BB-61) is the lead ship of her class of four famous battleships which includes the USS Missouri, New Jersey and Wisconsin. During World War II, she carried President Franklin D. Roosevelt across the Atlantic to Mers El Kébir, Algeria, en route to a meeting of vital importance in 1943 in Tehran with Prime Minister Winston Churchill of Britain and Josef Stalin, leader of the Soviet Union. When transferred to the Pacific Fleet in 1944, Iowa shelled beachheads at Kwajalein and Eniwetok in advance of Allied amphibious landings and screened aircraft carriers operating in the Marshall Islands. In 2011 Iowa was donated to the Los Angeles–based non-profit Pacific Battleship Center and was permanently moved to Berth 87 at the Port of Los Angeles in 2012, where she was opened to the public as the USS Iowa Museum.

There are no reviews yet. 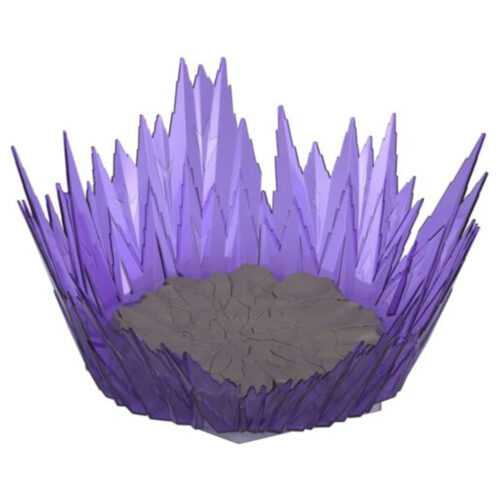 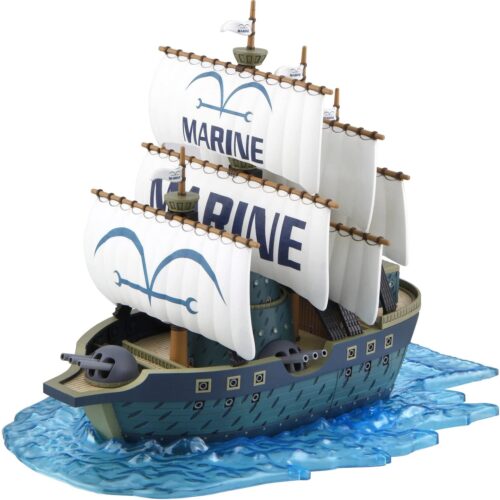 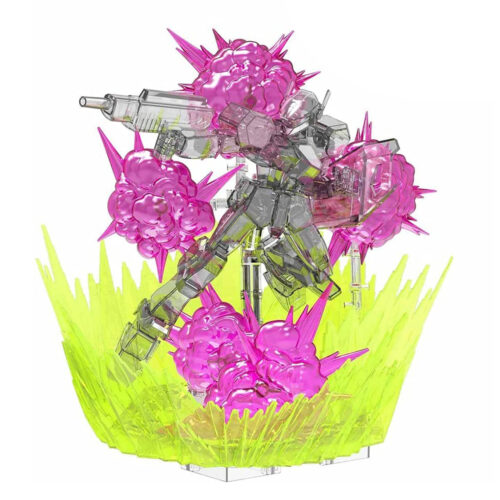